why roleplaying games are difficult 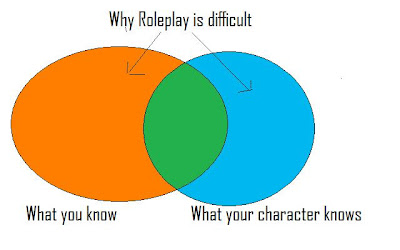 films that the wrestler would make an excellent double bill with:

anvil
this jumps off the screen at you - beat up, middle aged northern americans who are past their former glories and... their are plenty of differences (for instance, anvil are continually trying to get back into the mainstream, whereas the bulk of the wrestler is what he finds himself doing instead of wrestling), but it's the feel of the two films; primarily, bad jackets in the cold. living after the lost golden age. heroes who have rubbish jobs.

taxi driver
both films are about someone with too much time. when the ram has wrestling taken away from him, he tries and nearly succeeds to sort his life out; travis bickle takes the job as a taxi driver because he can't sleep. both films have tragic relationships with two women - and in both cases, one is a professional. in the first case, the relationship between both travis and betsy and between randy and his daughter, while of a different nature, go to show how estranged the man is from society; however, while travis tries to redeem himself through rescuing iris (a working girl), there's a lot of differences here with the wrestler. there's more to this, but i'm getting bogged down in the detail.

taken
taken is a rubbish, laughably bad film; and there's nothing like watching a so-bad-it's-enjoyable film alongside a genuinely quality film. but there are similarities too. both are the story of a man, paid to hurt people, whose job means he never sees his daughter. in both cases, we are watching things unfold after the event: the estranged father trying to fix his relationship after years of neglect. of course, taken projects liam neeson's character as ultimately being right all along - it's *good* that he was never there, see, because when they didn't listen to him about how dangerous paris was, he can use his 'unique skill set' to track down and rescue her - while the tragic core of the wrestler is randy realising and admitting he made mistakes, but not being able to stop making them.
Posted by Unknown at 12/21/2010 10:56:00 am No comments: Links to this post


the unity of maths, music, and architecture: i've never heard of this guy before, but it's a great example of how maths is really all about proportion (ok, there's algebra too).


hahahahahaha: is this the new 'human species may split in two'?


this post represents, for me, the point where i've finally recategorised david macandless from 'insightful and inspirational statistician' to 'nathan barley':


an excellent summary of the mess we're in; i agree with nick (robinson):


johan hari, being brilliant, writing about prohibition of alcohol and narcotics

because anything that starts with a quote from philip 'prison experiment' zimbardo is going to be great.if you want to know where we would be without ethics comittees, it's 50s-60s american psychology experiments.

and finally: my home studio:

how do you know you're a nerd?

is it when you come across this picture on the internet:

... and you think, didn't larry ditillio used to write he-man?

using the internet used to be enough to be considered geeky. going on it to look at crummy d&d monsters is fairly geeky - maybe not as much as my intended destination, the knowledge of what the most deadly d&d creature is. draeden, by most accounts.

i don't even like d&d, because i always thought wfrp was better - and how nerdy is *that*?