You don't understand the Internet, you idiot

Seriously. Just buy 'dieselking.com', and have it redirect to whatever one website you have your content on. There is no way on earth, you self-important wankers, I am going to check anyone of those urls, let alone all three.

Or, even, get dieselking.com, and put an actual website on it. You know, with a bit of self-respect.

And hey, If dieselking.com is not available, maybe that's a good sign that you should have a different band name. You idiot. 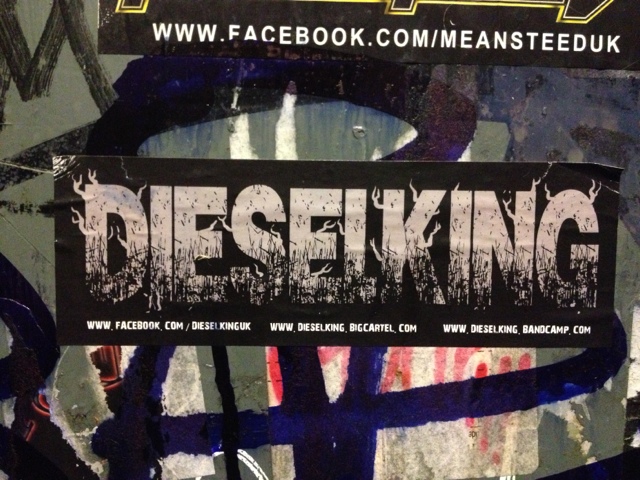 yeah i know i said i was on a hiatus. i guess what i mean is, don't expect me to be updating this anytime soon. but here's an update anyway.

i found myself in the westfield centre in stratford, which is a large modern shopping centre. it's about a year old, so it's a pretty good way of seeing how someone would build a shopping centre right about now.

i had some food shopping to do, and a grandma to pick up, but i felt i had enough time to maybe go and impulse purchase on a cd, which i haven't done for a super-long time. I really feel like i need to be challenged by some music. it's an odd feeling, that i've settled a bit into too much of a rut.

incidentally, two of my most recent purchases are both a) too heavy for me, which i didn't think possible, and b) french. wierd correlation. when i say too heavy, i love both of them, but one (whourkr) is heavy at the expense of song. it's like i can't hear the music, and i didn't realise that was important. the other, deathspell omega, i can listen to, but it's really disturbingly heavy at a very fundamental level. it fits the 'intellectual black metal' tag very well.

so i had a look at the map, and under 'music and books' there was two shops: foyles (that's the books then) and hmv. HMV! they're not even successful enough to be considered mainstream as any more, and therefore are now indie! right?

so i popped into foyles, which sold books (no cds, unlike the really massive soho one), and then tramped to hmv, the only music shop listed in the whole shopping centre. and it was not a big hmv. and only one quarter of it - literally just a corner - was cds. i mean about 6 racks. it wasn't big enough to have a metal, or a jazz, section. what metal there was - whitesnake, blacksabbath, slipknot, avenged sevenfold et al - was lumped in with rock and pop.

i'm not complaining about hmv being rubbish, which we've all known about for ages -

there was this one time i was in the big one in manchester looking for the new quickspace single after eharing them on peel. a shop bod gave me their entire band history and told me it would be out in two weeks. wonder what he's doing now

- but the fact that there is just virtually no music for sale, anywhere in the whole place. like it's just not something people do anymore.

it's not for lack of music; the centre was flooded with music, achieved by having hundreds of speakers lining the ceilings. it felt completely ubiquitous, and utterly fluid, because as you moved around there was no change in the level of sound. it felt like a soundtrack, the opposite of diegetic. but it wasn't there to be bought, or owned. or recognised or valued.

i also had a dream over the holidays, that i was doing a big shop (which i can do now when i have the car). and this old woman was pushing in front of me. and i thought, hey, why on earth should i have dreams about people pushing in front of me? get out of my dream. so i made the old woman vanish and tried to replace her with something more interesting, but then i thought, hang on, if this is my dream, why the hell am i dreaming of doing a food shop anyway? and then that was too much and i woke up.
Posted by Unknown at 4/17/2013 02:53:00 pm No comments: Links to this post

I'm gonna go ahead and call this a hiatus

This holiday, I've not read a single page of a book. I've managed about 2 hours of remixing and not written any music. I've not managed to gather any thoughts long enough to blog.

So I thought I might as well call this a blog hiatus for a bit, until things at home and work settle enough for me to have thoughts again. Meanwhile you can ask to follow my twitter account at https://twitter.com/grilly, because I can't think anything that can't be written down in anything more complicated than that.